After a long day at work, nothing can be more relaxing than sipping on a glass of your favorite liquor. As you head to a bar or restaurant for a night-cap, you might be wondering if you’d stick to your go-to beer or try something different. But before you make a choice, you might want to hear about the health benefits of whiskey.

Whiskey is a grain-derived, distilled alcoholic beverage. The quality and flavor of whiskey depend on the grain used, where it is stored, and how long it is matured. Whiskey can be made from whole grains, like barley, wheat, rye, or corn, which are mashed, fermented, distilled and aged in wooden casks. Scotch, bourbon, and rye are just some of the popular examples of whiskey.

Much like wine, drinking small to moderate amounts of whiskey also offers many benefits to your health. Below are some of them.

Whiskey will go well with your diet if you’re trying to lose weight. Because whiskey contains no fat and has less calorie and carbohydrate content compared to other alcoholic beverages, drinking it can help you avoid gaining those unwanted pounds.

Also, whiskey barely has any sugar, making it an ideal choice of liquor for people with diabetes. Since whiskey is aged in wooden barrels, it produces ellagic acid, an anti-oxidant that helps control the amount of glucose and insulin in the body. Whiskey is also gluten-free because it undergoes distillation which removes gluten proteins from the grains.

The ellagic acid in whiskey fights free radicals that cause mental decline. It helps improve the brain’s ability to retain information, which may reduce the risk of developing dementia and Alzheimer’s disease.

Studies reveal that drinking whiskey in moderation lowers the risk of heart disease. Whiskey reduces blood clotting and balances the levels of good and bad cholesterol in the body, which in turn, prevents the occurrence of cardiovascular issues such as atherosclerosis, stroke or heart attack. Because whiskey is rich with anti-oxidants coming from ellagic acid, it helps inhibit cancer cells from developing and spreading.

Antioxidants and trace levels of vitamins in whiskey strengthen your immune systems and protects you from colds and other disease-causing viruses. Pouring whiskey on a fresh wound will also prevent it from infection. 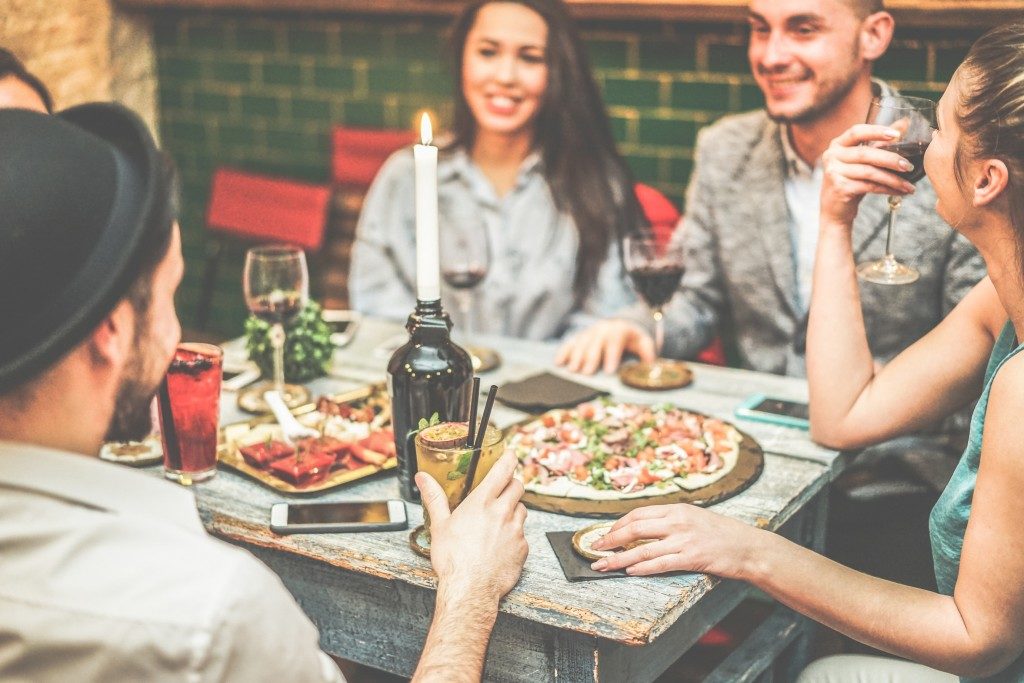 High levels of stress can affect your mental and physical health. Whiskey increases the amount of cortisol released by the brain which helps the body deal with stress and anxiety better by calming the nerves and improving blood circulation.

Moderate amounts of whiskey helps digestive health. Since whiskey is a high-proof alcohol, it can help you digest food faster by stimulating stomach enzymes to break down food. If you have consumed a large meal and have an upset stomach, you can drink whiskey to ease the pain.

Just like drinking any alcoholic beverage, the key to experiencing the amazing benefits of whiskey is consuming it in small to moderate amounts. While the buzz that you get from drinking helps in relieving stress and improving your mood, drinking too much whiskey can also be dangerous to your health.